Three years ago in March 2013, we had just spent the winter cleaning and painting 2000 sq m of derelict basement space in Somerset House, central London.  We were at the beginning of a journey into the unknown. We had two big ideas – creating practical, accessible workspace for professional makers in the city and inspiring young people by introducing them to professional makers early in their career – but we had no idea how we were going to make them a reality. Three years on, it’s March 2016, and we’re at the start of the same journey in Amsterdam. This time, we’re taking on a similar sized space in the Marineterrein naval complex, an area of land that has been closed to the city for 400 years.  We’ll be creating a dedicated workspace with workshops for anyone in the business of creating physical products.

And we couldn’t be more excited.  We’re excited to put into place all that we’ve learnt over the last 3 years of building the first Makerversity in London, creating the ideal maker workspace and community. And excited about all that we will learn through the coming months and years here.

Over the last 18 months, we’ve gone through the long process of turning the idea of a Makerversity in Amsterdam into a reality. We’ve been asked the same question over and over again ‘Why Amsterdam?’  by Dutch and English people alike. And each time we get asked it, it feels like a surprise to be asked, because for us – a small creative business with big ambition – it’s an obvious next step.

Being based in the capital city of a country with a strong design and innovation culture and world-renowned design population is a no-brainer. Some of our finest London members are Dutch, have now set up their businesses in Amsterdam and have strong networks in the city.  We also have personal connections from friends, family and childhood that root us here.  But most importantly we’re in Amsterdam because we want to challenge ourselves.  We know that building Makerversity in the unique cultural, social and entrepreneurial climate of Amsterdam and the Netherlands will change what we do and who we are, in the best way possible. Makerversity Amsterdam is open from April 2016 and offering early bird discounts to the first 50 members.

If you’re interested in membership in Amsterdam, get in touch.

If you’re interested in collaborating in Amsterdam, we’d love to hear from you. 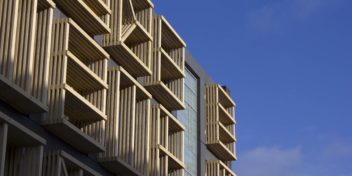 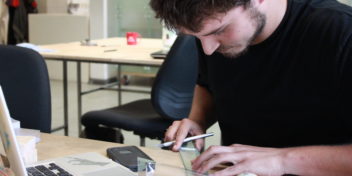 Free desks and support for under 25s