We’re more than excited to announce the lovely lot who’ll be making up the selection panel for MVWorks. An eclectic elite who’ll be bringing a balanced background of expertise to the selection process. The panel consists of: Fred Deakin, Professor of Interactive Digital Arts at UAL, amongst other things
Fred Deakin runs the studio Fred & Company which specialises in collaborative, social and interactive projects. As half of the band Lemon Jelly Fred has been Mercury and Brit nominated, sold over half a million albums and headlined stages at Glastonbury and Bestival. Fred was previously co-founder and director of ground breaking London digital design agency Airside which won and was nominated for two BAFTAs, nine D&ADs and a Webby among many others. He is currently Professor of Interactive Digital Arts at University of the Arts London.

“I’m always impressed by how Makerversity consistently empower emerging talent and am proud to be part of their latest initiative.” Gabrielle Jenks, Director, Abandon Normal Devices, AND Festival
Gabrielle Jenks is the Director of Abandon Normal Devices. She was previously at FACT (Foundation for Art and Creative Technology) and is a creative producer and film programmer interested in interdisciplinary practice.  An advocate for the role of festivals in supporting emerging talent and practice she has over 10 years of curating and programming work for a number of diverse organisations like the tate, Liverpool Biennial, Google, Siemens and the BBC.  She is executive producer of feature films by Gillian Wearing and AL&Al and has worked extensively with internationally established artists like Eva and Franco Mattes, the Yes Men, Oneohtrix Point Never and Rafael Lozano Hemmer. She sits on the UK advisory groups for BFI Film Hub NW and Rhizome. Marie McPartlin, Director, Somerset House  Studios
Marie is a creative producer and programmer working across music, literature, visual art, heritage and performance. Since February 2015, she is Director of Made at Somerset House, London. Over the last 12 years, she has worked independently as a producer, programmer and consultant with Frieze Projects, the Roundhouse, the National Trust and Create. Recent projects include curating Quantum Foam, an exhibition of recent film work by artist Mel Brimfield, touring across galleries in Ireland. Lucy Sollitt, Arts Council England
Lucy Sollitt works at the Arts Council England (ACE), leading on creative media for the London. Lucy works across the arts, creative and technology sectors to develop projects aimed at advancing artistic practice and supporting arts organisations to utilise digital technologies. Lucy leads on a number of national initiatives including the art and technology innovation pilot with Innovate UK which this programme is part of. She also manages funding for a portfolio of visual arts organisations from The Photographers’ Gallery to Auto Italia. In addition to ACE, Lucy is London Associate for Rhizome, a leading art/tech organisation dedicated to the creation, presentation, preservation, and critique of emerging artistic practices that engage technology. Rhizome is based at the New Museum, New York. She has previously worked at Tate Modern, the Royal Society of Arts, Design for London, the Association of Art Historians and Royal Academy. Lucy has a BA in Combined Arts and an MPhil in Philosophy. Stephen Godfroy, Co-owner/Director, Rough Trade
Stephen co-manages Rough Trade, the iconic music retailer, where he’s spent the last 12 years turning a much-loved West London record shop into an international music brand. Stephen’s work has paid particular attention to retaining Rough Trade’s focus on championing music ‘the artform’ amid a swirling commercial environment. Furthermore, Stephen’s work has ensured Rough Trade’s DIY arts roots apply to not just music, but a plethora of other independent forms of self-expression, from Arduino’s to screen printing, Moog to Sugru. As a result, Rough Trade arguably celebrates more than any store what it means to be creative, curious of mind, independent in spirit.

In the lead up to the entry deadline of 26 October, we’re holding get-togethers to answer any questions potential participants might have, as well as offering advice via works@makerversity.org. To keep up with all our news, insights and interviews jump over to our news page on the MVWorks website. 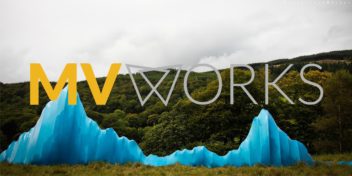 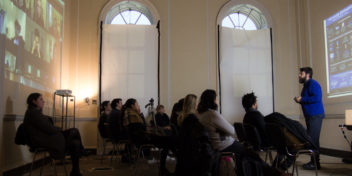 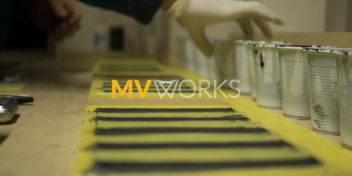