This year Makerversity turns 9 years old! We got chatting with a couple of our long time members to hear about their businesses and their time at Makerversity so far… 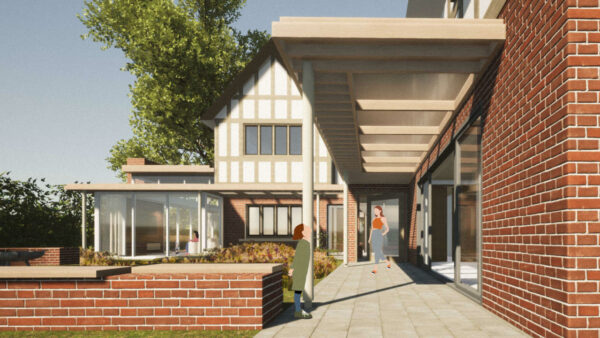 Ralph became aware of Makerversity through his involvement with Architecture for Humanity, a charity providing design solutions to global, social and humanitarian crises. AFH were key members in the early days of Makerversity, helping to develop the space, renovate rooms and make it a useable workspace. After moving out of London Ralph was looking for a central London location and Makerversity fit that bill. He is now a trustee for AFH so the connection has gone full circle.

Joining Makerversity made sense for Studio Buschow not just because of it’s location. The train into Waterloo from Ralphs Surrey home is super convenient, and walking across London Bridge each morning into the city is an inspiring way to start the day. Ralph has seen the area change over the years, now more creative and with younger people, perhaps in part down to the universities nearby.

In Ralphs previous company there were 25-30 architects so going ‘into work’ you could chat with lots of people and hear their stories. At Studio Buschow the team remains small (4-6 people) and being part of a larger shared workspace meant that the team didn’t feel isolated and could still benefit from idea sharing and being part of a community. Ralph believes ‘work isn’t like’ – people have interesting things they want to do in life, work shouldn’t stop people doing that it should be an enabler. Of course people need to act responsibly, no one wants to be checking your hours worked, but allowing people to have that flexibility has served Studio Buschow well.

“As architects we are quite odd, like an orchestra we’re the conductor, so it’s great to bring in other people from within the community to take part in projects. Considering other ways of thinking from other members. “

Being part of Makerversity and the wider Somerset House community has led to various projects and collaborations. One of note was working with Spring restaurant. In collaboration with homelessness charity StreetSmart, a traditional Christmas meal was served to more than 100 guests at Somerset House, including homeless and vulnerably housed individuals and their support workers. It featured a ceiling of lights, canopy of pine trees and long communal tables for dining. 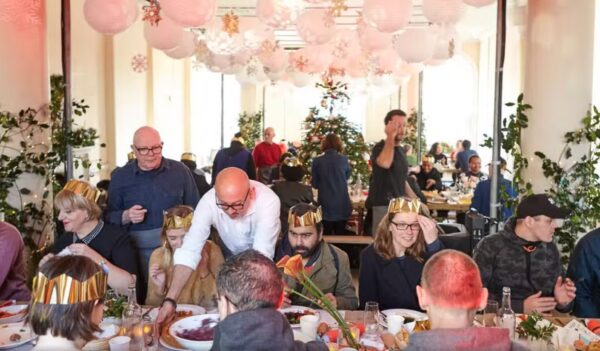 Studio Buschow have worked on numerous projects around workspaces and making places feel personal to their clients. For example an office with a small team anticipating growth were set up with a huge 60ft wedge table so that different roles and different types of work could happen all in one space and there would always be space for new hires. Or four floors of office space in Central London wanting to create space that people would want to come into the office to work in – Studio Buschow realised people aren’t coming in to sit, they’re coming in to collaborate. This space featured lots of light and plants and greenery, and has indeed brought people back into the office, in the same way that people work in coffee shops – soft furnishings make the space comfortable and welcoming. Or a West London Buddhist centre which the studio designed with a long shelf high up all the way around the space, and were asked, what will we put on that? and now years later it’s full of all the gifts, souvenirs and trinkets from visitors and travellers, and tells the story of the place.

Makerversity has always been a selling point for new team members joining Studio Buschow, they get a tour of Makerveristy and younger hires feel like Makerversity is similar to their college environment. Everyone is encouraged to talk to each other and with a variety of events on offer to members there is always something that appeals to everyone. 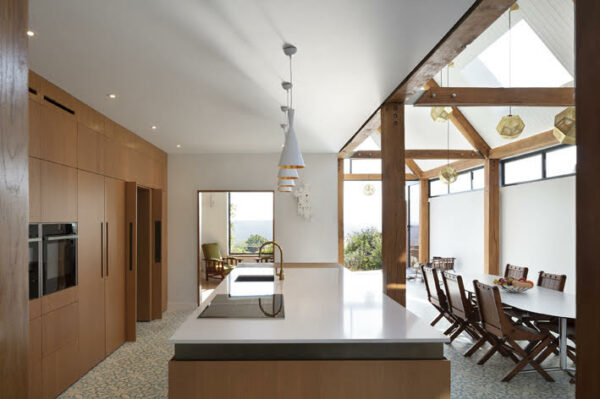 Novalia use conductive ink to create touch sensitive installations and immersive products that connect the digital to the physical. Madeleine Kelleyan has been part of the team since 2013 and a member at Makerversity since April 2016.

Their innovative technology is pretty smart, they print conductive ink onto the reverse of a graphic and when you touch it, it responds with sound & digital connectivity via an app. They use this to make immersive installations and interactive products for brands, museums and festivals. For example, walls you can remix music on and posters that talk to you.

Since joining Makerversity they haven’t changed the tech but are always adding to the platform- for example, at the moment they’re adding social media sharing, so you can record your experience & share it directly to socials. They also just moved from a desk to a vault (much bigger, private, studio space), which means they can work on bigger interactive projects.

This year, Novalia were longlisted for a Dezeen award in Graphic Design for an audio guide project we created with the Smithsonian, and were also nominated for the Music Cities Awards – Best Digital Innovation to support music in cities.

Makerversity is a great combination of well equipped workshops, lovely people and a great Central London location. Madeleine says of it “you also feel like you can make a mess (a tidy mess) break things (hopefully your own things) and experiment, which is pretty important for developing physical creative stuff. Everyone is really interesting and that’s what makes it great. When you find a group of people who make things that are more intriguing than interactive paper you know you’re in the right place.” 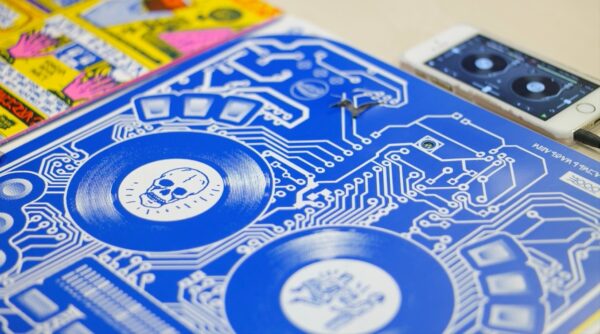 Madeleine mentions some highlights of being part of Makerversity are lost interns (the building is a maze), great parties, exploding robots, secret bars, and a corridor that looks like it belongs in a Wes Anderson film.

Find out more about Novalia here

In 2019 to celebrate our 5th birthday we made five videos about five of our member businesses; Studio INI, Humanising Autonomy, Fuzl, Aday & Candy Mechanics. Check them out below…

The Week That Was… May 16
MAKERVERSITY IS ONE YEAR OLD! 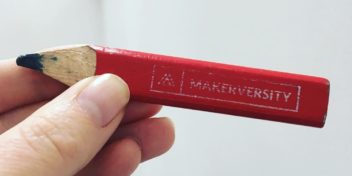