In May, we took part in London Craft Week to present our own perspective on craft as a curated community of makers working across different design disciplines, from textiles and woodwork to high tech and material explorations. With our Craft Recoded programme, we wanted to present another narrative on the connection between digital making and artisanal craft. Automation is often seen as a phenomenon replacing unique and handmade practices. However, this often negates its creative and experimental potential in expanding upon and preserving future craft.

How can we recode the relationships between digital making and the handmade to redefine contemporary craft?

Demonstrations, workshops and tours by our Makerversity residents led to a weekend full of new discoveries, conversations and provocations, both answering this question and allowing others to arise… We kicked off with Heleen Sintobin, one of our Makers with a Mission, who used this 6-month free residency at Makerversity to continue her practice around post-digital artisanship. Using the CNC machine for her leather crafting and ceramics works, she showed how this gave each of her objects a unique quality and identity depending on the machine’s algorithms and the materials she used (such as clay and wet porcelain). Her tanned vegetable leather vases cut on the CNC were inspired by historical leather beer mugs – combining heritage with tech. Jacob Boast introduced us to Wable – a wire-forming experiment sensing and interpreting users’ movements to produce corresponding trails of wire. Viewing the machine in action provoked many discussions around the potential and future use of Wable as a design tool and an artistic experiment. Kniterate also joined Makerversity as Makers with a Mission, and have been housing their automated digital knitting machine within our Textiles workshop. Beyond its potential in democratising the knitting process,  Kniterate’s elimination of waste in a customised making process asks interesting questions around its sustainable future uses within the fashion industry. Digital craft has always been at the heart of design studio Common Works‘ different projects. Recounted, made in collaborated with Knyttan (now Unmade) and commissioned by the V&A in 2014 captured and digitally knitted out the visual soundwaves of songs which used to be collectively performed during repetitive craft works such as knitting and stitching. They also presented Miko, a project to customise ceramic works using motion and sound. Abbie Adams joined us from our Under 25 programme, a 3 month free residency to develop her practice. Her project 21st Century Craft has been exploring how to combine the tradition of slip-casting with 3D-printing, while adding a unique, hand-made touch to each creation. She also showcased some of the work she presented during our April public programme Interwoven. Find out more about it here! Adrienne Jacobson is a wearable tech maker and educator. She showcased her Pulse Dress, made using sewable LED with sensors which would allow the light to pulse in sync with your hearbeat. Many of the participants attending her demo returned for her wearable tech workshop, in which she showed ways to create different LED design pieces, from lit-up gloves and bracelets to t-shirt designs.

Our weekend ended with a tour of Studio INI by studio designer George Kekatos. The studio was founded by design engineer Nassia Inglessis to explore matter in the context of cognition. They have investigated many different design areas: their immersive kinetic installation Urban Imprint launched the same weekend as London Craft Week at A/D/O for NYCxDesign. Blurring the boundaries between tech and craft has always been at the heart of their practice, with projects such as In Need of Transformation. This collaboration with a glassblowing workshop used automated blowing coupled with hand motions to combine machine processes with handmade craft. Visitors were able to view finished works, samples and prototypes – even testing out the first model for Disobedience, Studio INI’s interactive installation at Somerset House during the London Design Biennale!

This weekend showed the sheer variety of designer practices at the intersection of digital making and craft. The unique “human touch” of craft is far from extinct – while tech, in turn, reveals itself as a complex medium which can only enhance our creativity and love of making. 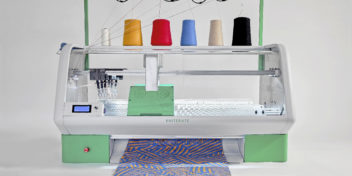 Makers with a Mission Autumn 2018 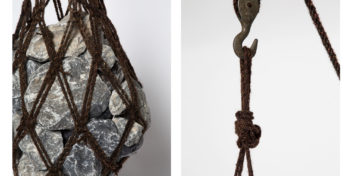 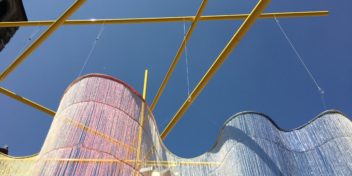