Crowdfunding is the new market test and focus group, the new investor and seed funding, and to many a great PR tool for the launch of their product. Makerversity has become a place for hardware startups to develop a product in a low-risk environment where designers can use, but not own, rapid prototyping tools such as laser cutters and 3d printers.

Members not only benefit from the tools to build the product, but the campaign too. They can have access to photography equipment and, should they need it, a central London location to launch the product. In short, crowdfunding and our makerspace work very well together.

This year alone we have seen close to half a million pounds raised by our members through crowdfunding. I’m sure that number has increased since writing this, but I’ll try to list them for you now:

The first Kickstarter of the year was the tabletop integrated game, Fabulous Beasts. Creators, Sensible Object, raised an impressive £168,360 from over 2000 backers. The real success for the team and their campaign could be owed to their strategy; everything was thought about months ahead and it really showed during the teams’ 30-day crusade.

A more recent success was Bela, launched by Liam Donovan who was selected for our programme MV Works. Users can use the low latency development board for designing and building instruments. Liam surprised himself by raising £54,902 from over 500 backers.

Another to break the £100k mark was Bento Bio. A laptop sized bio lab that reached it’s £40k target in 3 days. The last time I check, they were well past £140k, pledged by their scientific supporters. Now into the stretch goals, Bento will be developing extra features, video tutorials, and platform to share experiments.

The next to join the diverse lineup is the Original Breed team, who’ve designed an everyday VR headset that utilises your smartphone. The great thing about this product is the built-in audio and it’s super light construction. Over the half way mark with half the time to go. Things are looking good for the campaign.

Unfortunately, not everyone makes it, Candy mechanics fell short of their goal by 80%. Only raising £2838 of the £15k needed. That doesn’t mean they gave up. Since their campaign, they’ve had a seed investment, huge media coverage and exciting prospects for live candy creations are in final stages of development.

The Nipper, was a born out of hackathon with a brief set by Direct Line. The winning team Design on Impulse then became members. Here they developed the world’s smallest phone charger ready to go into mass production this summer. The successful campaign doubled its goal and reached over £20k with help from 719 backers.

Just launched we have Mayku, another MV Works participant. The campaign is being planned with such precision their desktop vacuum former is set to do very well. They’re up to a modest $475k currently and there is still a long way to go. Go on boys!

A friend of Makerversity who has just “launched”, Moon – the most accurate lunar globe, excuse the pun. The second product for Oscar Lhermitte who runs a crowdfunding consultancy Sidekick Creatives. They’ve helped Nipper and Opto VR recently plan their succesful Kickstarter campaigns.

Another friend who’s a seasoned Kickstarter and co-runs our Crowdfunding London event is Rob Halifax. With an impressive, two successful campaigns under his belt. The first was a high-end razor and the second, The Sticker Project. Both met their goals with plenty to spare.

Be sure to check out the campaigns I’ve mentioned and back the ones that are still running, if you like them that is. Even the smallest reward will mean you can follow their journey to delivery. If you’re thinking about running your own campaign, come along to our event, Crowdfunding London. 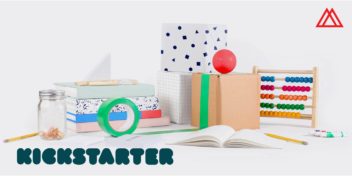 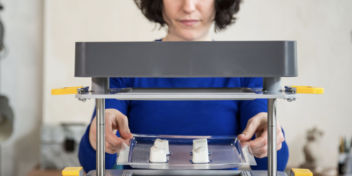 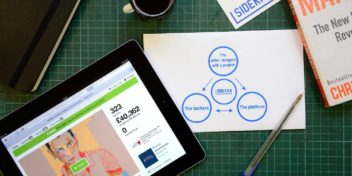