The ITCH – Data: Creativity by numbers

As part our event The ITCH here is an introduction to the Amsterdam city data available for all applicants to use.

Today we’re all about data.

Amsterdam has some of the best open source data in the world right now. It is driven by data superstars like Jasper Soetendal who is Open Data Programmer for the City of Amsterdam and one of our five judges for The ITCH. In normal speak – he is head honcho for understanding all data about this city; numbers of bikes on roads, levels of pollution, energy usage etc. Upon first glance, looking at these blocks of data on an excel sheet can be a daunting task- which is why we’re so lucky to have Jasper involved in the makerthon to take the ‘scare’ factor out of the numbers.

“By opening up data, the city is helping foster innovative businesses and services intended to make Amsterdam a better place to live.”

Jasper is no stranger to a makerthon- in fact he was the winner of the Apps for Amsterdam competition in 2011, which gave him the launch pad for his career today. His advice to anyone wondering about the data aspect of the ITCH is to be specific about what you’re asking for. “The broader your themes the less tangible the results will be” he told us. It’s the difference between asking for data around tourist information (ie very broad and open ended) or data for the amount of paper tickets bought on the no.16 tram each day (ie narrow and finite).

“The broader your themes the less tangible the results will be.”

If you’re thinking about applying for The ITCH but are worried by the requirement to use data as part of your idea fret not: right now you don’t need to totally understand it but you should have an idea of what data you want to make your idea come to life!

Here’s some examples of what data the City of Amsterdam has to offer.

Real time traffic data – shown on a map this data set’s API shows routes and colour codes them according to density of traffic and length of time it takes to travel the route.

Function map – this super cool map shows an up-to-date map of the city where each building’s use is colour coded. It shows us at a glance where residence and industry is concentrated and allows you to track patterns across the city.

Energy use – energy usage for each postcode including number of connections, gas and electricity units consumed.

The Rijksmuseum – an incredible data source for all of the Rijkmusem’s artworks including imagery of the works and all noteable information for it. Updated daily it currently holds over 100,000 pieces in it database.

The ITCH - Lennart Booij and the art of public in Amsterdam 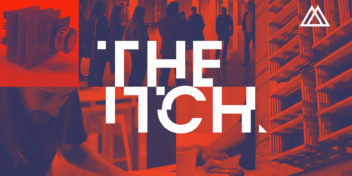 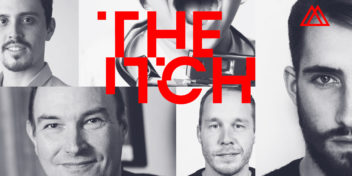