Members, Sensible Object are about to launch their first game, Fabulous Beasts. The game was born in the mind of founder Alex Fleetwood while he was camping and making fires in the wilderness of northern California. Surrounded by the beauty of nature, taking pleasure in the careful stacking of kindling and firewood, he imagined the potential of a game where physical balance translated into digital play.

With the help of some R&D funding from the REACT Play Sandbox Scheme, Alex pulled together a crack team of designers, artists and engineers to make a prototype. In four months they came up with the first version of the game, which they took to events including Game Developer’s Conference, EGX Rezzed, and the Shenzhen Maker Faire.

Since then, Fabulous Beasts has won the IndieCade Technology Award and they’ve taken it to various other events, including IndieCade, the vast board game fair Spiel, and GameCity. Having secured angel funding from a group of investors from the worlds of hardware and gaming, they’re all set to run a Kickstarter campaign that will launch on January 26.

The game, described as “Indie” but as Alex likes to rephrase, “dependent” is a cooperative game for up to 4 players, who each take it in turns to add pieces to a balancing tower. Every piece wonderfully affects the digital world provided by a linked app. The aim is create a fabulous world, whilst keeping your cross-contaminated beasts happy and content.

The group consist of Hide&Seek founder Alex Fleetwood, game designer George Buckenham, product designer Tim Burrell-Saward, artist Lyall McCarthy, and engineer Chris Shaw who are “living” in a Makerversity Vault beneath Waterloo Bridge. Utilising our diverse range of hardware prototyping technology they are pioneers in a new style of play that connects the world of tabletop gaming and high definition digital apps.

Make sure you check out their Kickstarter and give them all the support they deserve by signing up to their Thunderclap. We’ve put together some posts about the development of the game so far that give insights into their process: 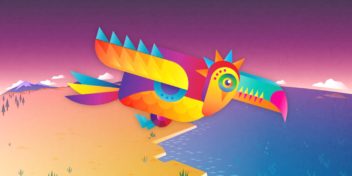 Pitch to Hasbro at the Inventors Workshop 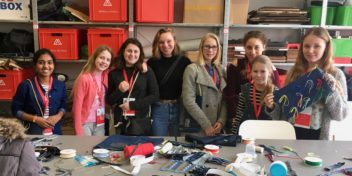 The Learning Lab – supported by TSCSF