For two days in April a fine selection of Makerversity members took time from all projects in hand to tackle the top ten everyday problems that affect us all! Using findings of a recent study carried out by Goldsmiths University, Makerversity in partnership with Direct line took on the challenge to solve everyday problems with an #everydayfix.

The study undertaken found that at least one of these top ten everyday emergencies are experienced by 26% of all Brits every day:

There were 7 teams with a diverse variety of skills all competing to impress the judging panel of John Shaw, Head of R&D and Innovation at Direct Line, Beatrice Pembroke of the British Council, Jessi Baker of Provenance, Mark Champkins of the Science museum & Makerversity co-founder Paul Smyth.

After 48 hours of brainstorming, sketching, head scratching and the occasional lightbulb moment, not to mention the consumption of a months worth of coffee stock, the teams were ready to pitch their main ideas, with a couple of wild card ideas thrown in for good measure.

The teams were ONN Studio with the Forget me lock which is small attachment for a standard key which indicates clearly whether a door is locked or not. In addition to this ONN Studio were one of the teams to pitch a wild card option. Hat Nav is an invention to improve the safety of cyclists in the city, a helmet with build in bone conductive headphones to allow the enjoyment of music without reducing surrounding noise from the road.

Common Works were up next with a highly entertaining pitch for their Relay app, a potential end to the days when a dying battery meant ruining your plans. The app allows notifications to be sent to an elected user allowing a social community of users to be created.

Shift MS came up with the Pill Network, an app which enables sufferers of a particular illness, in this case MS, to sync the taking of their medication ensuring patients stick to their prescriptions as well as enabling a peer support structure. Shift also has a wild card entry, Insolve, a daily reminder to carry out any particular task with a visual reminder on the insole of a shoe.

Team Impulse with their Nipper, the worlds smallest phone charger which is small key ring which unclips to transfer the power of a standard AA battery to your mobile phone.

3tronics, a collaboration which consisted of two parts 2052 and one part Nassia Inglessis of Studio INI, developed the Parking Pin, a peer to peer parking system which enables people to profit when their parking spot is not in use.

The judges then had the arduous task of choosing three fixes to face a public vote to win the opportunity to fully develop the product through Kickstarter. After much deliberation the finalists were announced as ONN Studio with the Forget Me Lock, Instrument with the Snooze and Impulse with the Nipper.

After weeks of retweeting for their favourite everyday fix, The public have chosen the Nipper by Impulse as their winner!

Keep a look out, in the not too distant future, you could be the proud owner of your very own Nipper 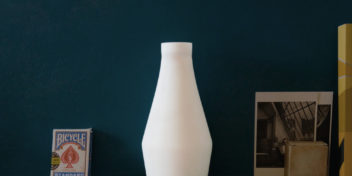 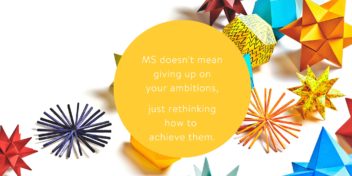