This May we ran a two day hack to tackle Air Pollution; the biggest environmental threat facing cities. We invited Andrew Grieve; Senior Air quality analyst at Kings College and Stop Killing Londoners – a direct action climate group to join us for the kick off evening where we invited the public to help us unpick the challenges and come up with solutions to this invisible yet deadly killer.

One of the biggest insights to came out of this opening evening was that Londoners breathe 12,000 particles of toxic air for every minute spent on the underground. The winning team took this as their starting point and created an awareness  campaign to address this issue. Air pollution is a silent killer. At street level the pollution in the air is almost invisible, but we can feel it when we breathe and see it build up on surfaces around the city. Our daily commutes can leave us feeling heavy and grimy from exposure to pollution, and over time can accelerate serious health conditions. It has been estimated that 1 in 12 deaths in the capital is linked to particulate air pollution.

Dirty Messages is an awareness campaign targeting the appalling pollution levels on the London Underground which commuters are exposed to day after day.

Using wet wipes to remove and capture pollution from the skin, commuters can sign the petition on the packaging and send their pollution coated wet wipe to the authorities, demanding action to clean up the dirty air.

The wet wipes are transformed from a refreshing act into a provocative message, as both physical evidence of the problem and a call to action. Alongside this, a series of responsive posters designed to alter with the build up of particulate pollution, would visually highlight pollution levels in key locations around the Tube.

Missed out? Check out the results in the Tools for Change Exhibition on show at Somerset House until June 2nd. 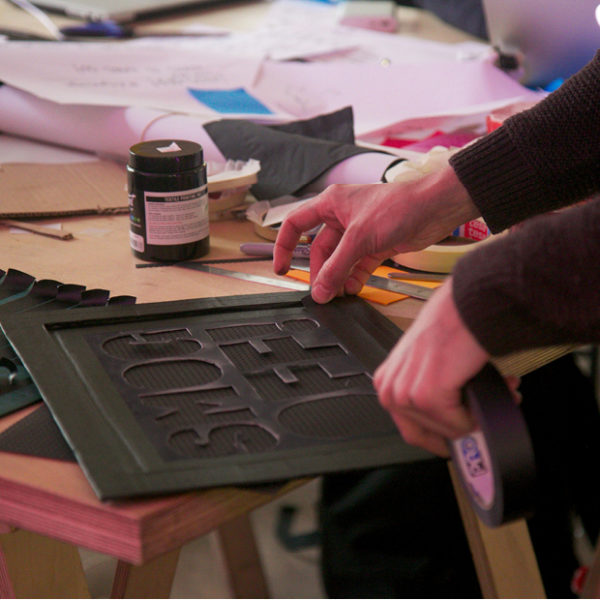 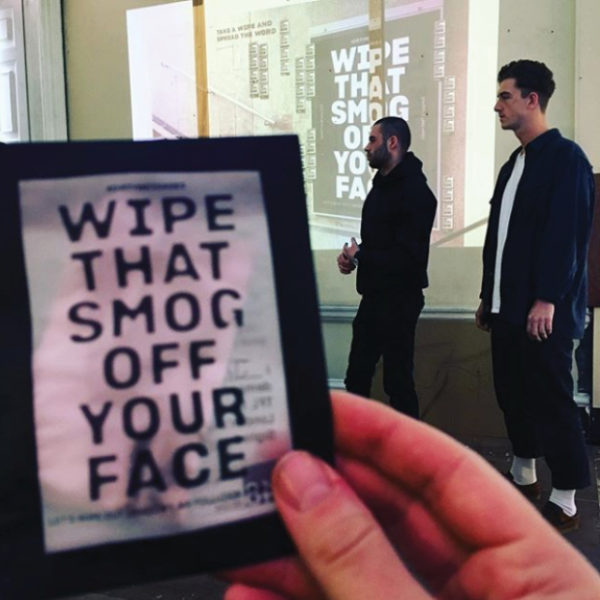 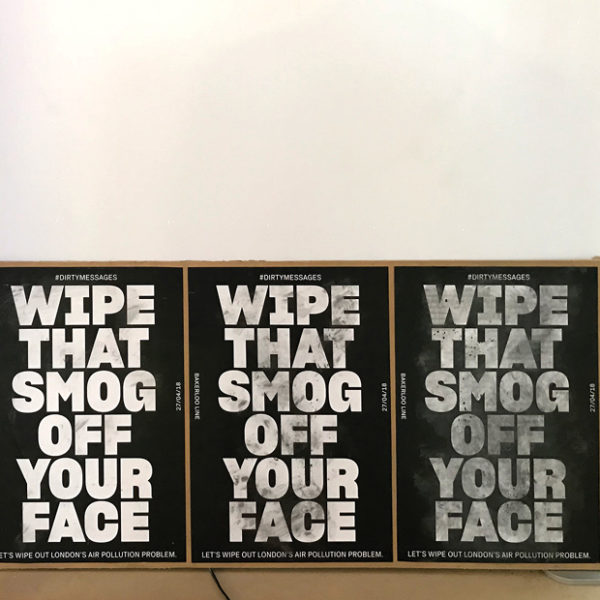 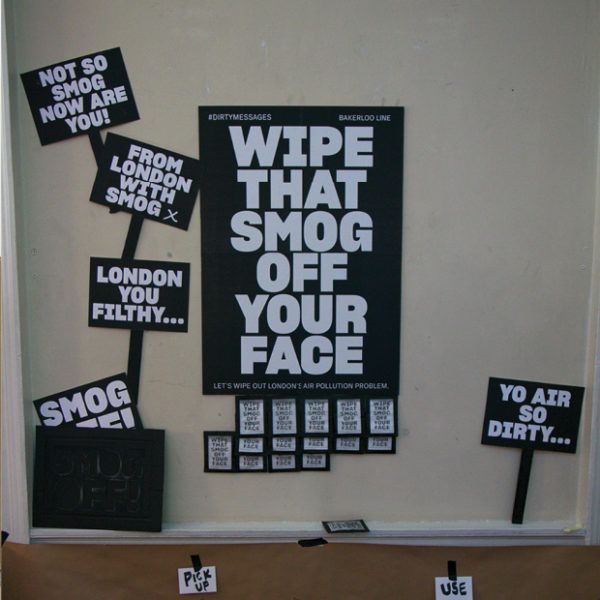 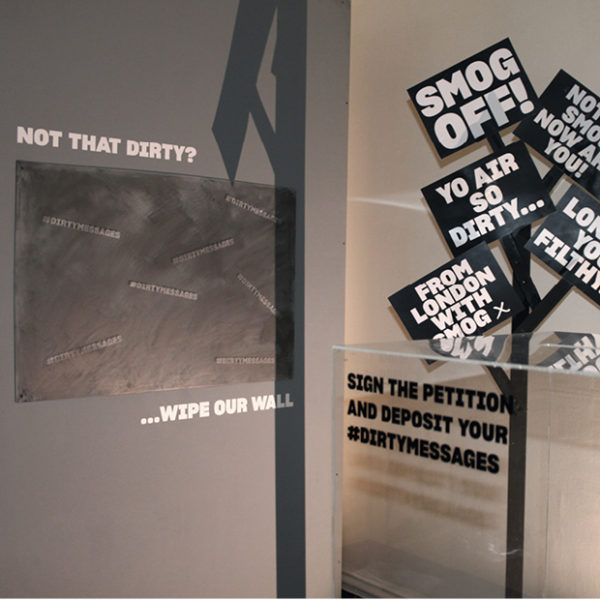 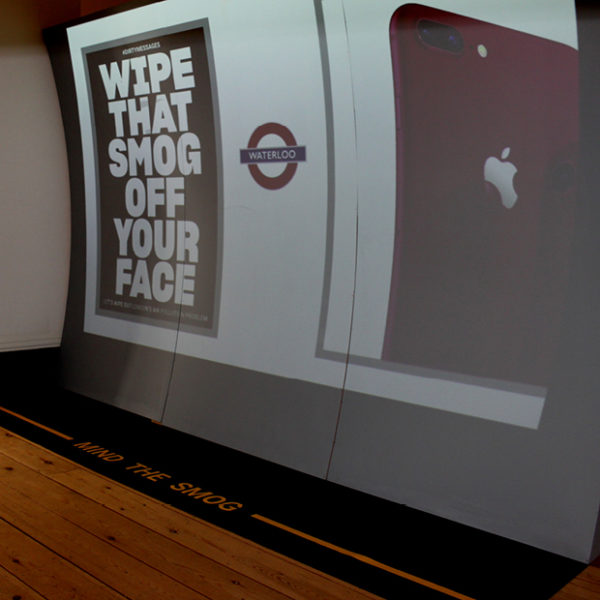 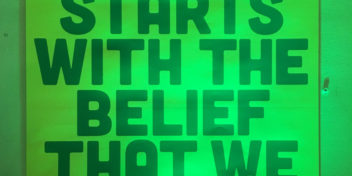 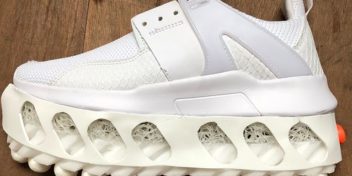